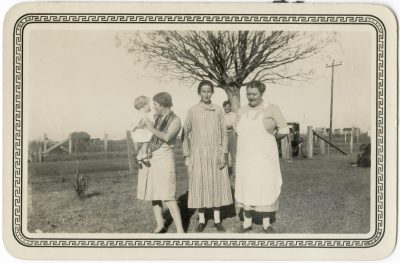 On our recent trip to the farm, I was able to scan some old photo albums thanks to Ada and Effie Whittington. This was an interesting photo found in Effie’s collection. My Great Grandmother Ada May Whittington Koll seems younger than most photos I remember seeing her in. Based on the age of the baby, I guess the photo was taken around 1930. That makes Ada about 50 here. I know I have seen a few younger photos, but there certainly are more of her in her later years so that is how I think of her.

Let me know if I got any of this wrong.

Kathy Jester Mack posted these photos from the Raymond Methodist Church from the early 1950s a few days ago on Facebook.  She scanned them from Thelma Brown Jester’s photo collection.  People, especially Genevieve Compton Nash were able to name a bunch of them, but it was hard to follow with so many people.  So I added numbers and got mom to help fill in a few more blanks.  We still need lots of help filling in the blanks.

Reverend Krumnow in front of the congregation. 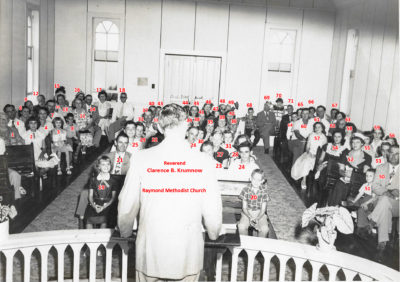 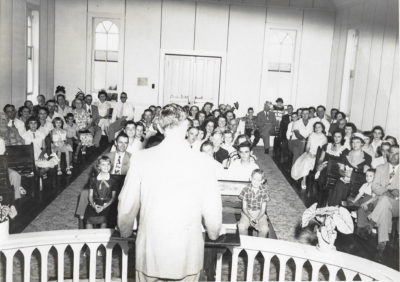 A second picture taken the same day in front of the church where people used to gather after the service to visit friends and relatives.

And a view of the old Parsonage, Fellowship Hall, and old Church. 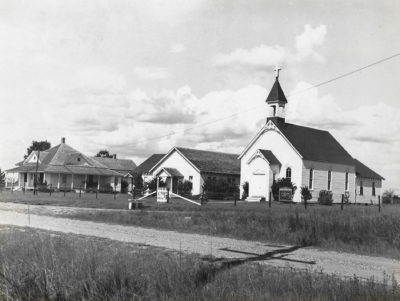 I read on the Hathaway Blog that one of Reverend Krumnow’s hobbies was photography.  I wonder what kind of photos he took.  There must be lots of the congregation in his family albums. Since Rev. Krumnow was a photographer, he may have planned this shot. I wonder if they cleared out the center behind him hoping everyone would be in the shot. They did miss a few though. My grandpa, Herbert Bucklin is only visible in the outdoor shot.

June 16, 2016 Joseph Leave a comment
A group photo in front of the Raymond Methodist Church Fellowship Hall about 1945. Mom helped me ID these. Did she get them right? She reminded me that all these men were farmers. If not, they would have been in the war. Farmers provided essential services that the country couldn’t do without. 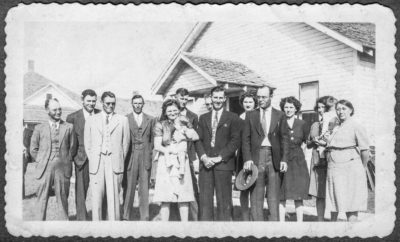 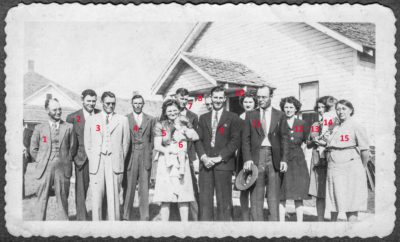 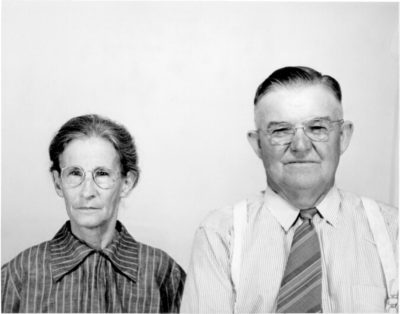 Ada May Whittington was the daughter of Thomas Whittington and Mobelia Bryant.  She was born on December 27, 1881, in Bayou Chicot, Louisiana.  She married John Rudolph Koll on April 4, 1908 when she was 26 years old.  She died on May 25, 1963, in Jennings, Louisiana, at the age of 81, shortly after their 55th wedding anniversary.

John Rudolph Koll was born on January 31, 1884, in Kiron, Iowa to Henry Frederick Koll and Anna Fredericka Wulf.  After leaving Iowa, the Koll family spent four years in Arkansas before moving to Jennings, Louisiana in 1900 when he was 16.  His father helped him and four of his brothers buy their own land.  A 1957 newspaper article says John operated a 620 acre farm, with 172 acres in rice and the rest in pasture for 250 head of cattle.  He served on the parish school board for 36 years and held the position of president.  He gave a silver dollar to every Hathaway High School graduate while he served on the school board.  He died on February 17, 1965, in Jennings, Louisiana, at the age of 81.  Both he and Ada are buried in Greenwood Cemetery in Jennings.

Mom says when he was at a grandkid’s birthday party, he would count the birthday candles in German.  He said he didn’t remember much German.  He was young when his grandparents died so I wonder if he just never had much exposure to the language.

In his later years, he would drive his tractor to his nearby children’s houses when he wanted to visit.

I didn’t do as heavy research on these Kolls because I know many of you actually knew them and can probably tell me more than I could find online or in old newspaper articles. 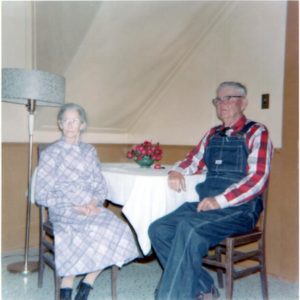 Uncle Ray Bucklin sent me this.  Ray is the one that got us into genealogical DNA testing.  Through 23andMe, he discovered our long lost 2nd cousin Van.  He wasn’t really that lost, we just didn’t know he was into genealogy and old photos too.  We have also discovered a bunch of other distant relatives and found some valuable information to build our family tree.

We are related to Barack Obama through Sir Thomas John Whittington born 1488 in Pauntley, Solers, Gloucestershire, England.  If you trace your family back far enough there is a good chance you can find a common ancestor somewhere.

Louise and Ray are Barack Obama’s 15th cousins once removed through the Bucklins.  Joseph, John and Van are his 16th cousins.

Louise and Ray are Barack Obama’s double 13th cousins three times removed through the Kolls. Joseph and John are double 14th cousins twice removed.  We are descended twice from John Whittington 1698.  The question on the Whittington stuff is listing Edward as Grief’s father.  But the numbers work out whichever Whittington was his father in that generation.

Barack Obama is 18th on the list, so if Thomas John Whittington is 14 generations back for me, Louise and I are somewhere around being 14th cousins 3 times removed and Joseph and John are around 15th cousins 2 times removed.